A walk on narrow streets of "Moltrasio", far from the traffic, which from Tosnacco (high fraction of Moltrasio) leads to the pier of Laglio passing through Carate Urio.

The "Green Way" is marked by green bollards on the ground, recalling a more well-known Way! 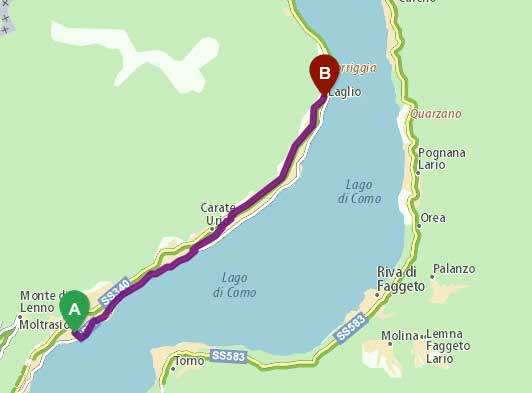 The church is reached by many steps flanked by the 14 Stations of the Cross chapels built in 1752 and recently restored; was originally dedicated to the Saints Nazario and Celso.
It was founded in 1000 and consecrated in 1095 by Pope Urban II, limited to the nave and the belfry. Suffered tampering and restorations have led to its current appearance so to say, with three naves and fitted with ancillary rooms.
Upon entering, we have many works of art, mostly paintings from the fifteenth century. On the high altar is placed a Madonna with Child between Saints. From the church courtyard, open view on the first basin of the lake and the mountains. (Wikipedia source) 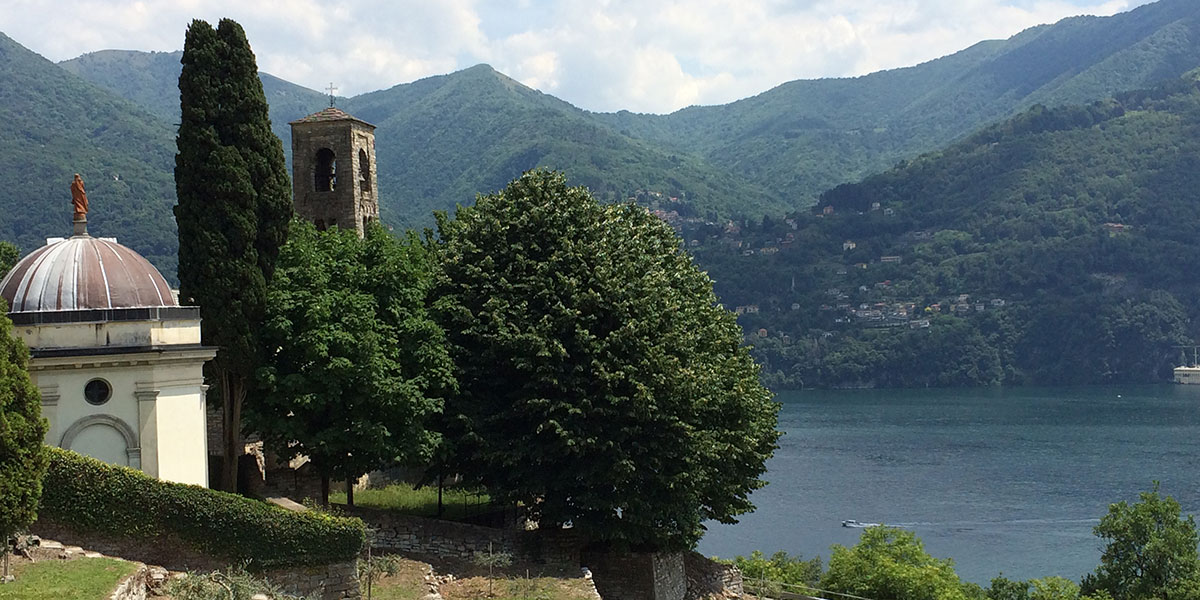 Leaving directly from the town of Carate Urio you can take the path of “Mezza Costa” linking villages to the mountains (Munt) intersecting the countless valleys carved by streams descending from the lake. The trail is mainly flat has an average altitude of 690m.
Easy to follow, it is advisable to take water.

From the church of Santa Marta, take the trail and head towards the village of Cavadino (it is a little higher, right); continue until the end, until it is on the right a chapel with a staircase with an indication for the sanctuary.

The trail that climbs from Carate to the Mountains of Carate, zone Schirela, meets the stone quarries of Moltrasio: active until the early decades of the twentieth century, the stone was extracted from Moltrasio which built the houses, buildings and rural churches in the area.

Cave located in the mountains of Laglio about 650 meters above sea level finds an ancient cave bear, lates exploited for the aqueduct - still in function.

We could not miss a trip to the villa of George Clooney in the nearby village of Laglio. The villa is reached on foot along the trail that starts directly from the independent entrance of the B&B "A casa di Camilla."

Easy to go to many famous cities in all the world: Como, Milan, Lugano; but also in the tourist resorts of Valle d'Intelvi, Valtellina and Chiavenna.
More information directly to the B&B "A casa di Camilla".